There are a number of ways that your metal garage door can become dinged or dented. Your door may have been hit with a ball, flying rock or even tapped with your car as you pulled into the driveway. Regardless of how your door got damaged, the dent can be unsightly and decrease the curb appeal of the door. Fortunately, there are a few different ways that you can attempt to remove a dent from an aluminum or steel garage door.

One of the best ways to remove dents from sheets of metal, including a panel on your garage door, is to make the panel hot and then cold. The quick temperature shifts cause the metal to expand and contract, which can help your dent pop out. Follow these steps to heat and cool the garage door to help remove your dent:

Pound the Dent Out

Another way you can remove dents from a garage door is to simply pound it out. Pounding the dent out helps the metal pop back into place. Follow these steps to pound a dent out of your aluminum or steel garage door:

Many dents from your garage door can be removed by either using the hot and cold method or pounding them out. Unfortunately, despite your best efforts, you may be unable to remove all garage door dents on your own. If you have a large dent that you can't get to pop back into place, you may have to fill the dent with auto body filler and paint over the dent. Your other option is to either replace the garage door panel or your entire door, depending on what style of garage door you have. To learn more, a professional garage door repair company can examine the dent and let you know which options are best for you. 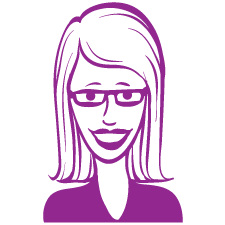 After being a homeowner for what seems like a hundred years, I have learned a thing or two about what can make or break your day. One problem that I have come across more than a few times is issues with our garage door. We have had problems where the door doesn't open, close, or even falls off the tracks. Fortunately, I have learned how to troubleshoot common garage door issues, which has significantly streamlined my daily life. This blog is all about common garage door problems and what to check first. Read more to find out how you can keep things running smoothly.

Things That Can Happen From Garage Door Damage
17 May 2021
There are a lot of things that can happen to your garage door and all of them should be taken care of as soon as you determine the issue is there. By …

Common Garage Door Problems And Effective Solutions For Them
15 July 2020
Over the years, you'll probably run into some complications with your garage door. That doesn't mean you have to instantly go out shopping for a new o …

Signs That Your Garage Door Is In Desperate Need For Repairs
12 September 2019
As a homeowner with a garage, you will want to make sure that you are staying in tune with of the condition of your residential garage doors. This way …